Former Southampton defender, Virgil van Dijk has admitted that returning with his current team, Liverpool to his former club and getting a 2-0 win in an entirely domineering encounter was really pleasing.
The Netherlands International made a move from the Saints last month in the January transfer window to join Liverpool. He has made positive contributions to his new side and he featured in the entire 90 minutes of the clash at the St Mary’s stadium.
Having quietened the stadium boo-boys with a beautiful display, the 26-year old who had two-and-a-half years left in his contract before deciding to move on in January asserts that it wasn’t difficult for him to focus as it is always a happy moment for him in the Reds colors.
“I enjoyed it a lot. I just focused on the game, I enjoyed being back, I had a lot of good memories and a lot of good things I did here,” he told Sky Sports News.
“Unfortunately, they’re not in a good position right now, but as a Liverpool player, I was very happy with the win. I can’t do anything about the reception, I just did what I could.”
The defender has consistently found it difficult to achieve a clean sheet with the Anfield club since joining in his past four appearances, a feat he finally attained today.

The 41-year old, who made over 301 appearances after more than 10 years at the club replaces former coach Eric Black in the position.

The club legend played a spectacular role in the club’s promotion back into the premier league a few seasons ago and he has earlier served as a Football Development Executive after retiring from football in 2016. He is now set to join Manager, Mauricio Pellegrino in the coaching staff of the first team.

Kelvin has a likeable personality and Southampton staffs and fans seem to be happy about his new appointment.

When questioned about his new role, he said: “I’m excited, I’m very proud. For me, it’s a natural progression and, obviously, I’m very excited about being on the frontline and being able to help and support the manager, the first-team players and ultimately the club.

“It’s a time in the season when I wasn’t obviously expecting it to come along, but it has, it’s presented itself, and obviously I’m looking to get my teeth into the current situation and try to support and help the first-team and the club as quickly as I can.” 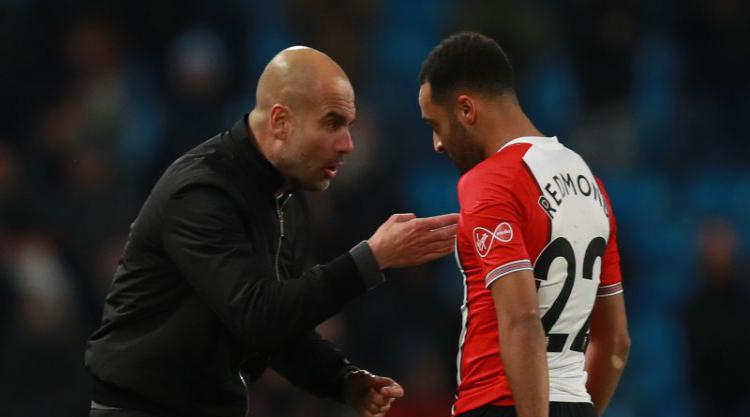 Manchester City manager Pep Guardiola has been asked to explain his version of events following his animated post-match conversation with Southampton’s Nathan Redmond.

The Football Association on Friday said it had sought observations from Guardiola, who has until December 4 to respond.


The agent of Moroccan attacking midfielder Sofiane Boufal has revealed that Southampton rejected offers for the player in the European summer.

Boufal, 24, joined the Saints from Lille in August 2016 and went on to rack up 29 appearances and two goals across all competitions in his first season in England.

Last weekend he scored a superb goal against West Bromwich Albion to remind fans of his ability, and in the wake of fresh buzz over the player, agent Yvan Le Mee spoke about the bids Southampton brushed off in the last window.

“In August we had clubs like Inter Milan, Fiorentina and Celta Vigo, who know what they are doing when it comes to buying players who would have liked to buy him at all costs,” Le Mee told SFR Sport.

“But Southampton said no. And now he proves he is one who can win points.”

Boufal will hope to feature for the Saints when they play away to Brighton & Hove Albion in the Premier League on Sunday, 29 October.

Much was expected from Lemina when he joined Southampton on a five-year deal for a club record fee of £15.4 millon in August 2017.

The Gabon international is definitely living up to expectations by producing excellent displays for the Saints thus far this season.

The Saints are currently enjoying a two-match unbeaten run the EPL – having defeated West Bromwich Albion after drawing with Newcastle United.

Lemina is the link between the team’s midfield and attack. The dynamic right-footed player starts the team’s attacks and he tends to play the ball forward from the middle of the park.

“Lemina is such a great player: his work rate, the way he gets up and down the pitch. He passes forward a lot,” the retired defender told EPL’s official website.

Born in Libreville, Gabon, Lemina has featured in seven league matches for the Saints, who will take on Brighton and Hove Albion away on Sunday.

The former Olympique Marseille star will be looking to continue his good form for the Saints this weekend.


Gabonese midfielder Mario Lemina has completed a club-record transfer to Southampton from Juventus.

The 23-year-old, who has won two Serie A titles with Juventus and played in the UEFA Champions League final less than three months ago, cost the Saints £20-million (including add-ons) according to Sky Sports.

The Gabonese midfielder played for Lorient and Marseille before joining Juve in 2015 – initially on loan before signing a permanent deal last year.

He has now signed a five-year deal which ties him to the Saints until 2022.

“I am really happy to have signed for Southampton,” Lemina told the club’s official website.

“I think that it was the project that attracted me the most and the one my family was really behind. I am really happy to be here.”