We are good enough to stay up – Moyes

West Ham United Manager, David Moyes who has previously overseen an instant turn around in the fortune of the London club after they started the season poorly has vowed to ensure the club stays in the Premier League after a poor run of results.

The Hammers suffered a 3-0 defeat at home to Burnley on Saturday in a dramatic encounter which witnessed a session of the club fans making their dissatisfaction known with a protest at the game was ongoing.

However, despite the troubles that surround the club as fans continue to ask questions of their co-owners David Sullivan and David Gold, Moyes believes the squad is good enough to stay up this season.

“We need to play better for longer periods in the game and we’re certainly going to have to defend better. I think we’ve got attacking players who can score, but they didn’t score today.

“So, we’ll get back at it and do the job. When I came in, I didn’t think it was going to be easy, and in the main, the players have been really good, but we weren’t good enough today. But I do believe we are good enough to stay up.”

Moyes felt his side were on top in the first half and was disappointed that the game ended in a heavy defeat.

He added: “We missed two or three great chances in the first half. I thought we played well. In truth, two minutes of madness changed the whole game when it never really looked like we were under a great deal of threat.

“We played well so it’s just disappointing the way it went.” 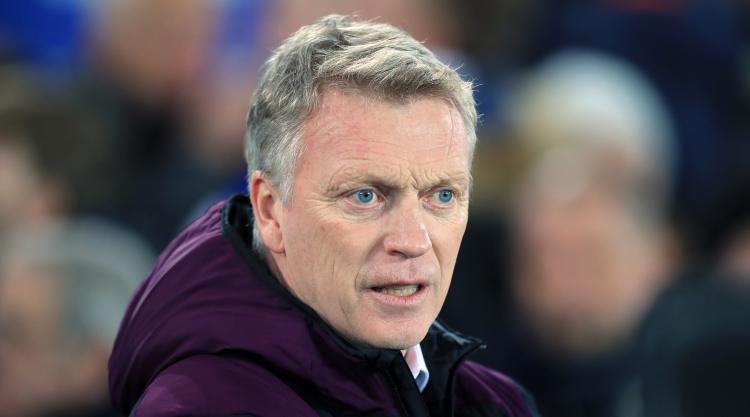 David Moyes feels West Ham’s main problem since he took over has been individual errors.

The Hammers were thrashed 4-0 at Moyes’ old club Everton on Wednesday evening, and he has also overseen a 2-0 loss at Watford and a 1-1 home draw with Leicester following his appointment as Slaven Bilic’s successor.

And Moyes has warned his players the mistakes need to stop or he will look for new players.

He said after the match at Goodison Park: “I thought we were completely submissive in the first half and the worst thing was individual mistakes cost us.

“I think in the time I’ve been here, in the three games I’ve had, the goals we’re conceding are from individual (errors).

“I don’t think it is because we are not organised or not running hard enough to get back into position, or the players are not showing the right attitude.

West Ham were 2-0 down at the break following a brace from Moyes’ former player Wayne Rooney, who subsequently completed his hat-trick with an outrageous strike from just inside his own half, before Ashley Williams headed in Everton’s fourth.

Manuel Lanzini missed the chance to make it 2-1 early in the second half when his penalty was saved by Jordan Pickford.

The east London outfit are next in action when they face unbeaten league leaders Manchester City away on Sunday.

And Moyes added: “I think I have got to hope that this is where ‘you never know what happens in football‘ comes in, because we certainly wouldn’t be looking favourites.

“But I have to say there’s not many teams looking favourites when coming up against those teams just now.

“We have to go there and it’s exactly right – you never know.”

After Winston Reid came off in the second half of Wednesday’s contest, Moyes said it appeared the defender had tweaked his hamstring.

He also revealed Andy Carroll had sat out the match having jarred his knee in training, and said: “We don’t think it’s that bad. We had it scanned and nothing showed up.” 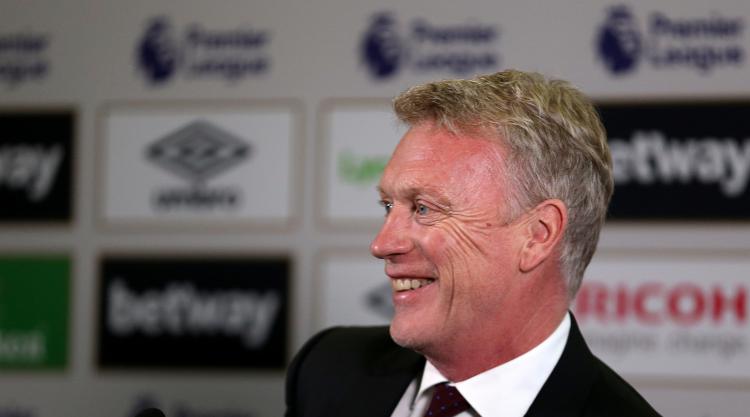 David Moyes admits he would love to extend his stay at West Ham and develop the club like he did at Everton.

The Scot was only handed a contract until the end of the season when he replaced Slaven Bilic earlier this month, with a brief to drag the Hammers clear of relegation trouble.

But he fears the days of managers being allowed to put an infrastructure in place and build towards a long-term goal have now disappeared.

“I hope it’ll turn full circle. At the moment managers are now down to probably 16 months in the job, maybe even less in some cases.

“What it means is there’s always a chance of a change of staff and a change of players. It doesn’t get to be settled and bedded down.

“Sometimes you need the directors to say ‘OK we have to go with it, we have to put things in place for the long term’.

“There are other things you need to develop – you want your academy to develop, you want all the things around your club, your infrastructure, all to be good.

“Myself included, maybe even more so. My job is to come here and win games and make sure we stay up. I’m here at the moment on a short-term contract.

“The future for managers looks more likely to be short-term contracts than managers tending to get 10 or 11 years in any one job.”

Moyes heads back to Goodison on Wednesday with West Ham desperate for a victory to lift themselves out of the relegation zone.

His old club are in some disarray, with caretaker boss David Unsworth still in charge five weeks after they sacked Ronald Koeman.

Unsworth has picked up just one win from seven matches in charge, the last two of which were a 5-1 Europa League defeat by Atalanta and Sunday’s 4-1 loss at Southampton.

But Moyes is unsure whether that means it is a good time to face the Toffees.

“You never can tell,” he added.

“I know the players there and they’ll be hurting. They’ll be wanting to get back to the standards they’ve set.

“But my focus is on West Ham and my focus is solely on how we’re doing and trying to improve our performances to get us three points from the game.”