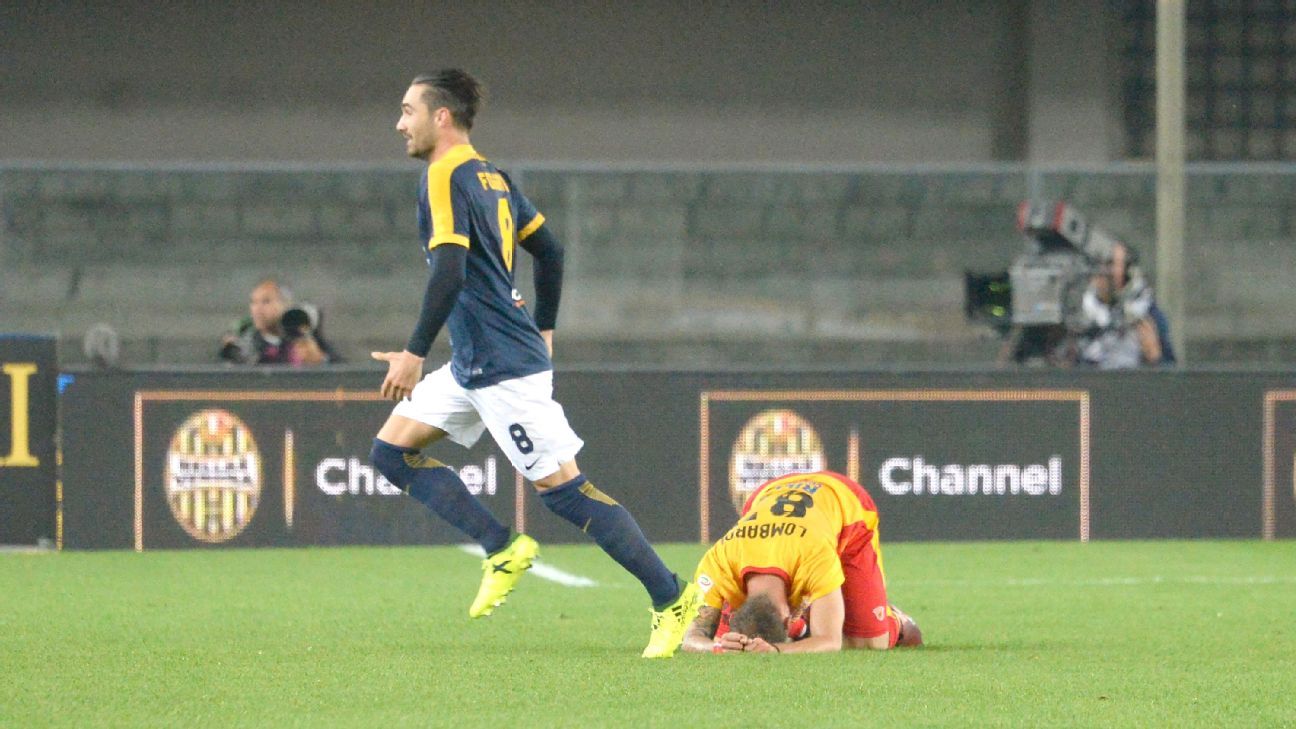 Romulo fired Hellas Verona to their first win of the Serie A season as 10-man Benevento went down 1-0 in an eighth straight defeat.

Verona dominated the first half with Alessio Cerci shooting over before Mattia Valoti clattered a post from close range.

Benevento went down to 10 men when Luca Antei fouled Valoti to see red but the southerners avoided further punishment when, just before half-time, Giampaolo Pazzini hit the crossbar from yards out.

In the 74th minute Romulo made the breakthrough. Daniele Verde rapidly made up ground on the counter-attack before crossing for his Brazilian team-mate to finish on the volley.

With time running out Pietro Iemmello spurned an opportunity to grab a point for Benevento when he missed the mark from a promising one-on-one with Nicolas.