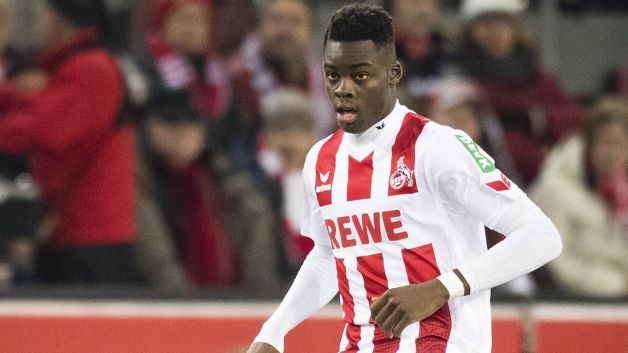 With his side propping up the table, Cologne coach Peter Stöger took a gamble on Matchday 13 by handing a full Bundesliga debut to 16-year-old defender Yann Aurel Bisseck.

The centre-back, who only turns 17 on 29 November, took his place on the right-hand side of a back three for the Billy Goats at home to Hertha Berlin. Although he did not look out of place among the senior pros – playing the full 90 minutes and winning an impressive 70 per cent of all his one-on-one duels – he was unable to prevent Cologne slipping to a 2-0 defeat.

Having made nine appearances for Cologne’s U-19s so far this season, Bisseck became the club’s youngest ever Bundesliga player and the second youngest to appear in Germany’s top flight after Nuri Sahin for Borussia Dortmund back in 2005.

Curiously, Bissek is less than half the age of his 39-year-old team-mate Claudio Pizarro, who likewise played from start to finish against Hertha. That means Cologne hold the record for fielding both the youngest and oldest players in the Bundesliga this season.

Even more remarkably, by the time Bissek was born in November 2000, Pizarro had already played one full season for Werder Bremen, with 37 Bundesliga appearances under his belt, as well as 13 goals, and would earn a move to Bayern Munich at the end of the 2000/01 campaign.