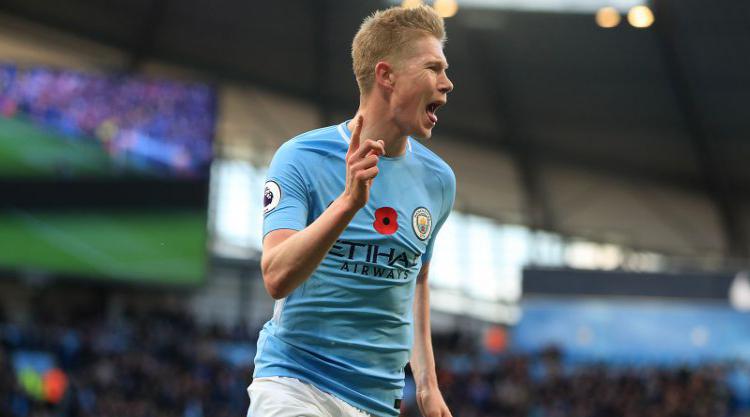 Kevin De Bruyne feels Manchester City will not be able to sustain their unbeaten Premier League record for the rest of the season and emulate Arsenal’s ‘Invincibles’.

Table-toppers City have won 10 of their 11 league games this season, drawn the other, and scored 38 goals along the way.

In 2003-04, Arsenal famously went unbeaten for all 38 matches as they claimed the title.

City manager Pep Guardiola earlier this month said his side will not match that feat, and that has been echoed by De Bruyne, who told Sky Sports News: “I don’t think that will be possible because I think you have so many games and too many important games.

Belgium playmaker De Bruyne has been in superb form this term, and last week his national team boss Roberto Martinez expressed his belief in an interview with ESPN that the 26-year-old has the potential to reach the level of Lionel Messi and Cristiano Ronaldo.

De Bruyne is not keen on such talk.

“People compare too many players with each other, you have too many good players in the world. In the end, I will only win individual awards if I win something with City.

“I try to play the way I am playing at the moment and obviously the way we are playing is very positive and for us it’s nice.

“Everybody is in the same spirit. We want to play the football that we play.”

For all the fantasy football being played under Guardiola, record goalscorer Sergio Aguero admits there is still one game where winning takes precedence.

City have so far swept their rivals aside at home and abroad and already have an eight-point advantage over neighbours Manchester United in the Premier League.

The pair do not meet until December 10 at Old Trafford and that is the game Aguero said is win at all costs.

“Usually for some team-mates and for me against big teams it’s easier to keep hold of the ball, you find and create more spaces than against other teams,” he told CityTV.

“I have some favourite games against Arsenal for instance. It’s always a nice game, home and away, both teams try to play beautiful football.

“Of course against United, those are different games. To play beautiful football is not important any more, it’s about winning.”